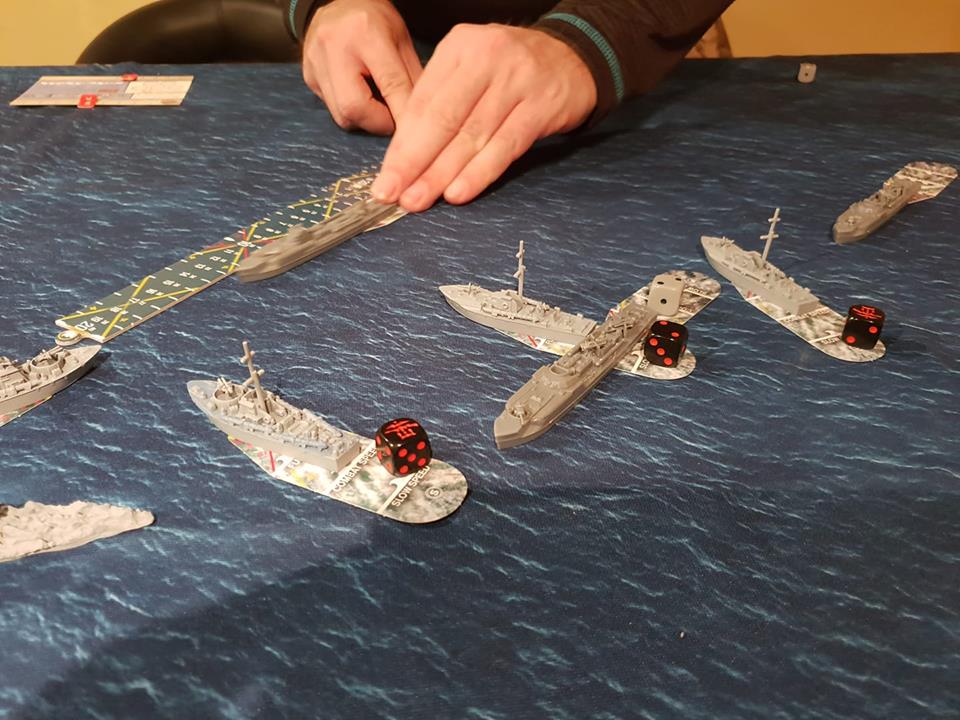 Fast paced definitely. Just about 10 minutes to pick up the rules bolt action turn sequence and d10’s to hit things. Handy bits and bobs in the starter kit to keep track of everything though invest in some paper clips as the damage trackers provided are rubbish. The ships look great are easy to assemble and paint yes I’ll finish mine soon.

So games, we have played several run and gun games to pick up the rules. Fun sure but this gets old fast and honestly after half a dozen games I thought this might be a bit of a dud.

Cold night off the coast.

However add some islands. Make a scenario or two. Suddenly it’s a game again.

The last game I played a night action British Torpedo Boats vs German Tanker, Flak Boat, Mine layer and escorting E boats brilliant. When to open fire, when to move quickly will the torpedoes hit, three duds in a row!!!! In the end a lucky hit with a Torpedo finished of the last of the big ships.

In short a brilliant pick up game easy to run with several players and you can have the average gamer up and running with the rules in no time. I don’t see me playing week in week out but I’d always be up for a game. – Alex