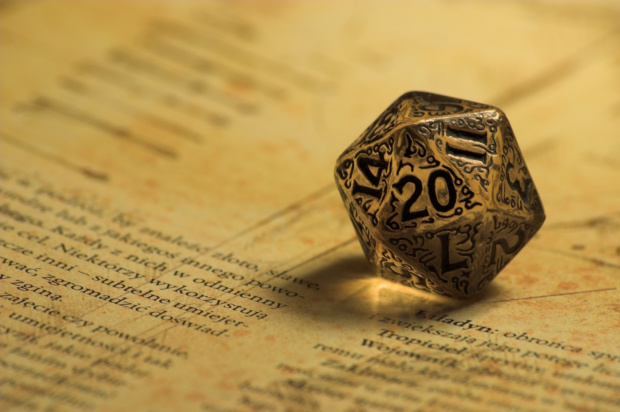 Done. That was easy. I’m not sure that is exactly what some people were expecting though, so I’d better give some more arguments and examples I guess.

I have been playing at this club for about 5 years now. I have played many different games, with many different game masters and fellow players. The reason I’m coming back every week? Well the sense of escape from reality I get, playing a character. Incarnating it even sometimes.

A character you make. It can have as much or as little of you in it, but ultimately it will be different. And that is why I enjoy it. I can be a drunken star ship pilot, a French spy for an international underground organisation, a cybernetically enhance punk with a gun in her wrist, a merchant from the free cities or a Judge from Megacity One…

Whatever game you fancy, there is most likely a GM offering something of your taste and who would be happy to take you in. And then some of them will try to kill your character first chance they get, but that’s because they like you (or so they say). Or you may have to refrain yourself very hard from hitting the player sitting right next to you, about to roll for that high-ex round in a room full of nuke heads, because ‘nothing bad could happen’. Or you’ll have to learn how to pilot a plane in 5 minutes by reading a smelly and sticky (don’t ask) instruction manual, because the only other pilot available has several holes in him, and since you’re a mechanic and about the only person not busy shooting back at other people, you’re the best option.

I realise now, that maybe all this is lacking some magic, dwarves, goblins and other such fantasy creatures. Don’t you worry! There is almost always at least one game of D&D running. And regular offers of Pathfinder, Runequest, Star Wars (yes, go on, call me a heretic for calling the force “magic”). And some weird game where you are a mage, somewhere in a southern State, right after the civil war, and the only spell worth casting is “Ice bridge” because it can save you from many a situation: falling off a cliff, preventing a church from collapsing or the boiler of a steam train from exploding, steering said train so it doesn’t derail into a canyon and so on.

I none of what I just said convinced you, then you can always stop by on a Thursday night and see for yourself! The first two nights you get in for free – that should appeal to your inner Yorkshire(wo)man!